Mr Gilchrist is a graduate of Northern Highlands Regional High School and the University of Virginia where he received  a BS in Architecture.  He is a Licensed Architect in New Jersey and New York and a Licensed Professional Engineer in New Jersey.  Mr Gilchrist is an active member of the American Institute of Architects, AIA-NJ, the Architects League of Northern New Jersey and the US Green Building Council.  He is a past president of the Architects League and past president of the Rotary Club of Englewood.

Mr Gilchrist worked for his father, the architect J Robert Gilchrist, during high school summers and joined that firm full time upon graduation from college, later becoming a partner in The Gilchrist Partnership.  Upon the retirement of the senior Mr Gilchrist he opened his current practice, located in Montvale, New Jersey.  Mr Gilchrist lives with his wife Angela and their boys Andy and Will in Upper Saddle River. 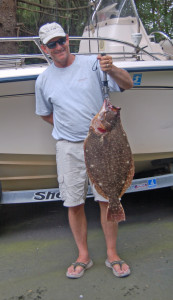